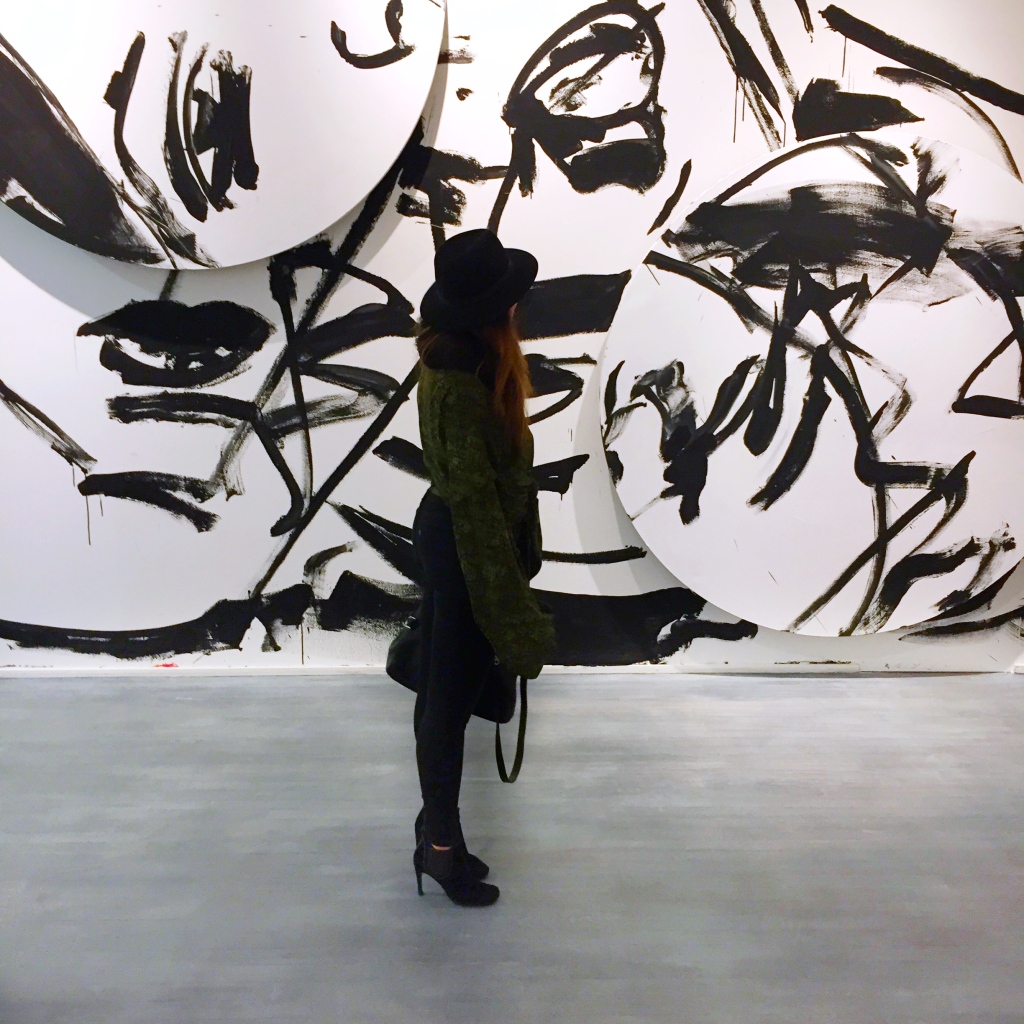 March is one of my favorite months. And not just because of my birthday. 😉

March is a month of change, slightly crazy weather and one can feel the mild bloomy Spring approaching. This is also the month of some of the most amazing art fairs in the world, like The Armory Show, TEFAF and Art Basel Hong Kong.

For those who were not able to hit the international art scene, artemporary has cherry-picked a list of shows you should definitely visit in Zurich this month. Enjoy!

Mai 36 presents the first exhibition of the late German artist Christian Lindow (1945 – 1990) while taking this opportunity to announce the representation of the Estate of the artist (along with some other awesome estates, like one of my favorite, American photographer Peter Hujar). Fabrice Stroun was invited to curate the exhibition.

In the curator’s words:

“Lindow’s oeuvre stands as a paradox: for all its apparent physicality and expressiveness, its numerous self- imposed restraints – be it its limited chromatic range or its almost rationed choice of subjects – produces a form without effects. Even if Christian Lindow’s practice could not have emerged in any other era than the late 1970s, when the status of the image was profoundly modified by its accelerated circulation, it is not emblematic of his generation. It remains singular and uncomfortable. Devoid of lyricism, processual, rugged rather than buoyant, this oeuvre, that so clearly delineates the body of painting, also marks the limits of representation.”

Christian Herdeg
His retrospective at Museum Haus Konstruktiv just ended (January 15, 2017) but the appetite for his neon art seems to linger in the city of Zurich. Another solo show at the minimalist gallery, another perspective.
Address:  Limmatstrasse 291, 8005 Zürich // Until : May 13, 2017

Masterworks: Werner Bischof, René Burri, Gotthard Schuh
Prepare to immerse yourself in a vintage world of gelatine silver prints. I haven’t visited this show yet but I am looking forward to it!
Address: Splügenstrasse 11, 8002 Zurich // Until : July 1, 2017

A stone throw away from Museum Haus Konstruktiv, this gallery is tucked in a nice alley in the heart of Zurich. Opened in 2006 by Nadja Brykina, the gallery focuses on Russian art from the second half of the 20th century up to present time. This particular exhibition will showcase the so-called Nonconformist masters, including Alexander Rodchenko, Vladimir Yakovlev, and Yuri Zlotnikov.

Embrace Melancholy is a contemporary pursuit by Belgian artist Nel Verbeke to re- introduce and re-value acts of melancholy within the domestic setting. Her hybrid approach between visual art and conceptual design results in a poetic sculptural language that questions our way of seeing, acting and living.

The works are the result of discrepancies between observations of current tendencies, revealing a dominance of the aspiration towards constant happiness and self-control, and research on historical perceptions where moments seized with emotion were seen as something desirable that were sought for their bittersweetness and intensity.

I’d love to say something about this exhibition but, unfortunately, I have neither visited it yet nor have I found any photos/info about it. ANY!

All I can say is this: the gallery is a kick-ass one and managed by two young female professionals. The quality of their shows is usually high and I have no doubt this one is no exception. See Cory Arcangel amongst the above list!

However, both the website and the facebook page of the gallery leave quite some room for improvement (and updates!).

Half artist and half poet, John Giorno has since the 1960s created an extensive oeuvre that expands, moves between and pushes up against the borders of different art forms. In “space forgets you”, Giorno continues to expand his oeuvre, where new media and modes of representation are introduced and further extend the perceived boundaries of poetry.  His poetic language – and the way he presents it –is as unique as the broad vocabulary he employs in his work.

Verses like “LIFE IS A KILLER” or “EVERYONE IS A COMPLETE DISAPPOINTMENT,” phrases originally found in his poems,  are transformed into bold, visual works in Giorno’s poem paintings.

The fine art of drawing: best of Iceland, Germany, Czechia

As I went vernissage-hopping last Thursday, this was perhaps the exhibition that most impressed me. Very classic (mainly drawings) in the form yet very contemporary in its content (see cartoons and comics contamination), this show is a refreshing and young change of pace in the very blazoned Swiss art scene. The names of the three artists showcased – Peter Feilers, Sigga Björg Sigurðardóttir, Josef Zlamal – might not yet be familiar, but their art will totally impress you. Promise!

Randevouz
Plutschow’s gallery space is one of the most central and remarkable I have seen in Zurich so far. Unlike many other galleries in the city, the owners of this business will always have a smile and a word for all the people that will visit them. The group show currently on is a nice mix of mediums and sizes, series and unique works.
Highlight of the show: the series of photography “Angels of the World” by Swiss artist Peter Wüthrich. Absolutely lovely!
Address: Waldmannstrasse 6, 8001 Zürich  // Until : May 7, 2017