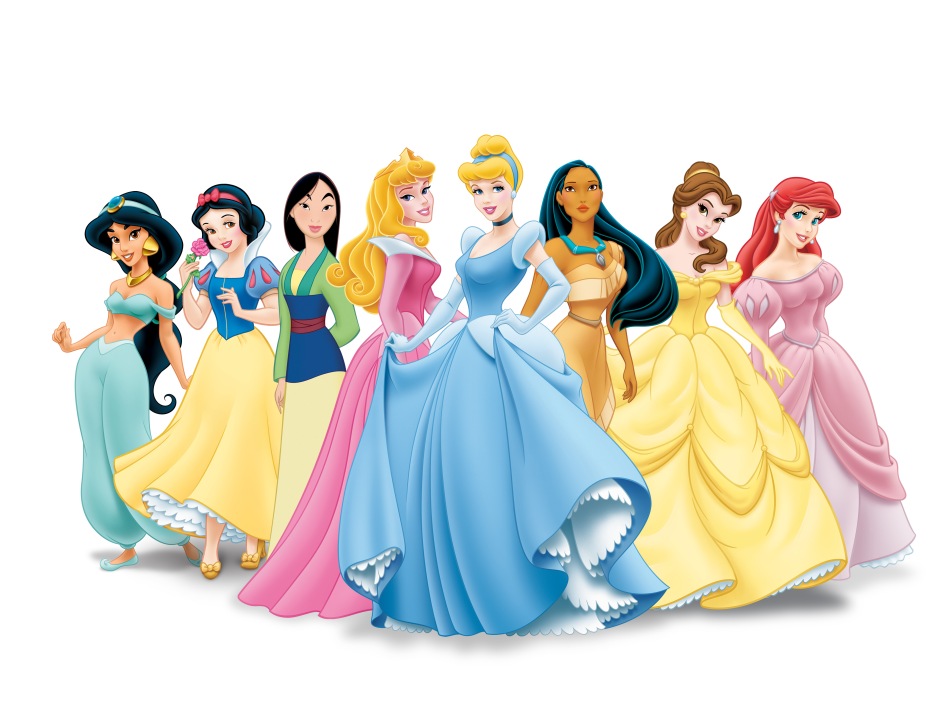 You do not need to linger too much to recognize them. They are the plastic smiles and perfect hair that have populated  our childhood with unrealistic dreams of love. But obviously when you are only a kid, you cannot tell that all this is just not very likely to happen in real life.

If so, then I’d like to know who gets a fairy godmother or who gets told off by her parents and eventually get a wonderful marriage with the most charming prince ever. Or –  for that matter – who gets to know a skint six-packed clochard backed up by the coolest blue genius with 3 www-wishes included.

We girly girls have unconsciously been brought up with the misleading hope that one day someone would have come and rescued us – from nasty step-parents, miserable life or chronic unhappiness.

We have been brainwashed with the idea that in life there is always a prince charming (or a white knight? – whatever!) that will come one day. One day though. When you least expect it. So while you wait you can kind of live your life until the other half shows up. Really? 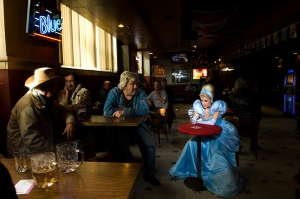 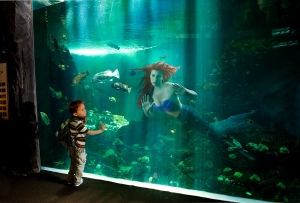 All this is harmoniously encompassed in the heroines depicted by Walt Disney in the past few decades. Cinderella, Little Red Riding Hood, Rapunzel, Snow White… they all showed us that it does not matter where and with whom you live and how crappy is the life you are living (well… Ariel and Jasmine do not have real excuses, do they?) because when your man shows up, all is going to be fine. Right?

No. Not really. Life is more than plastic smiles and one happy ending. What Walt Disney did not show us is what happen after that heavenly snapshot of happiness. What does really happen in those castles once the lights on stage have been switched off?

Someone has asked herself that question and has questioned the multibillion dollar empire built on those stories. What happen when the perfect lives of the princesses meet the everyday little and big dramas and issues that affect women?

What happen is described in “Fallen Princesses“, a series initially assembled and mostly completed in 2009 with a very limited budged by the Canadian artist and photographer Dina Goldstein.

“My Fallen Princesses series was born out of deep personal pain, when I raged against the ‘happily ever after’ motif we are spoon fed since childhood. The series created metaphor out of the myths of fairy tales, forcing the viewer to contemplate real life: failed dreams, pollution and ocean degradation, war, obesity, the extinction of indigenous cultures, cancer and the fallacy of chasing eternal youth. By embracing the textures and colors created by Walt Disney, which built a multi- billion dollar empire exploiting these fairy tales, Fallen Princesses exposed the consumerism that has negated the morality of these ancient parables” – says the artist.

In her view “photography is intended not to produce an esthetic that echoes current beauty standards, but to evoke and wrest feelings of shame, anger, shock and empathy from the observer so as to inspire insight into the human condition” – and that is exactly what this series steers deep inside the viewer.

And that she does. Looking at Dina’s “Fallen Princesses” is like having the ultimate reality check, where normal women out there are the real heroes – the happy divorced manager living a happy life, your single mum neighbor successfully raising a teenage boy on her own, the secretary of your company secretly and fiercely fighting cancer, your best friend starting over and again her life and leaving her boyfriend hundreds km behind.

Mr. Disney always sold us one-way happiness+love package idea – little or no wonder there if author P.L. Travers reluctantly gave Walt the rights of her Mary Poppins (single cool girl, with lots of cheerful shoes and accessories… remember?). And good to see that Brave made its breakthrough in 2012 as the first non-happilyeverafter story Disney has ever produced. 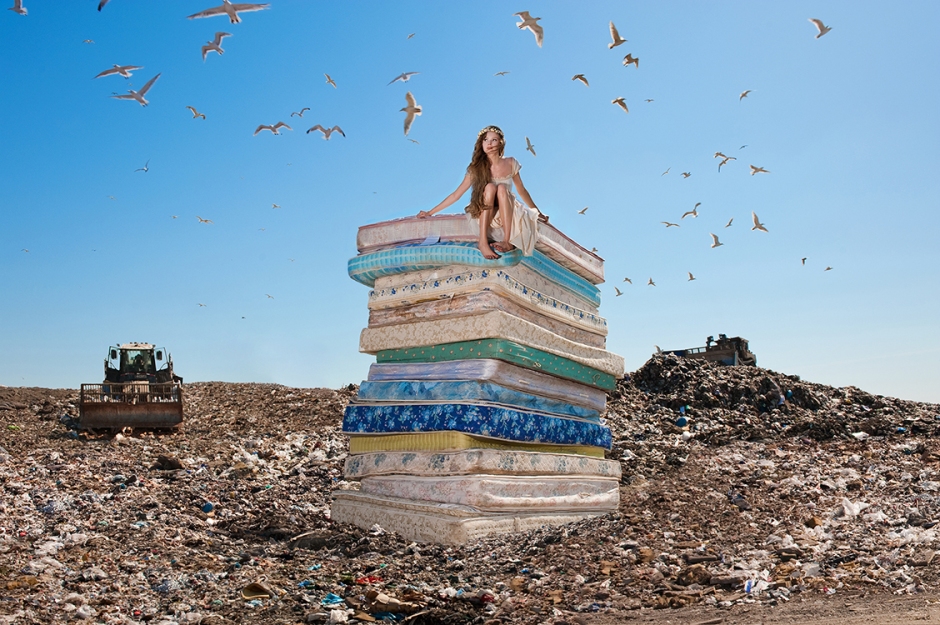 For being someone who believes in the Platonic myth of Aristophanes, I was struck by the truth of her work, delivered with such candid simplicity that leaves no room for mistaken interpretation of these pictures.

Dina’s work unveil the false assumptions at the basis of those cartoons and make the viewer take a closer look at what reality really means. For kids and adults. Girls and boys. 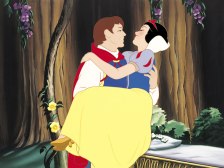 (cartoon images have been freely downloaded from the www)